It takes 14 hours to fly from Chicago to Seoul, which makes a person pretty darn happy to have their feet back on solid ground!

While Seoul is peaceful now, there are plenty of reminders of the region’s complicated past. The fairly new statue above, situated just outside of Seoul Station, is in the likeness of anti-colonial activist Kang Woo-Kyu. In 1919, when Korea was under Japanese colonial rule, Kang Woo-Kyu threw a grenade from this very spot in an attempt to assassinate the Japanese Governor-General Makoto Saito. This act of defiance is celebrated annually with the laying of wreaths, and serves as a reminder of the fragility of peace.

As an American abroad, I certainly never expect to encounter English signage. I did, however, find this sign a bit funny. Notice how “Information” is written in English, yet the actual information is not.  🙂 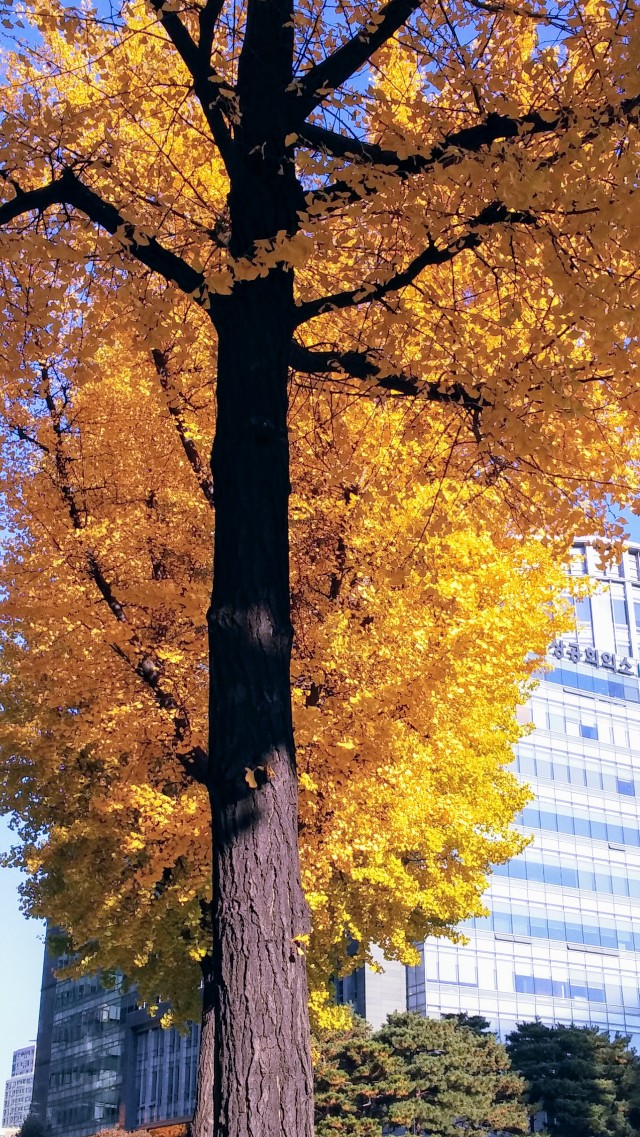 The ginko trees in Seoul are spectacular. These trees are so much larger than ginkos I’ve seen in the US, and their color is so beautiful.

Plastic food displays are popular in Seoul as they are in Tokyo. I’m eager to sample the cuisine! Next time on Crowded Earth Kitchen, we’ll begin exploring Seoul’s amazing outdoor markets and food stalls.

The world is small. Have big fun!