Conference lunches in the United States can be rather lackluster affairs. Anyone who has attended a work-related conference in the US is familiar with the unfortunate white paperboard box featuring a sandwich (ham or turkey… always ham or turkey), a bag of potato chips, an apple, and perhaps a brownie. This, along with a sugary soft drink, is supposed to keep a person fueled for a full afternoon of lectures and workshops. It’s not a terrible lunch, it’s just not very inspired.

Japan, in happy contrast, favors the Bento Box – and Bento Boxes are a delight! In mere minutes, the coordinators of an educational event I attended distributed lacquered boxes, disposable chopsticks, and bottles of green tea to a huge number of people… reminiscent of the white paperboard box experience. However, instead of finding a lunch more befitting of a kindergartener, I found the lunch featured above!

Fifteen (yes, fifteen) different items were included in each Bento Box, offering a wide range of colors, textures, and flavors ranging from sweet, salty, bitter, sour, and the ever-important umami.

Both kinds of pickles (center of box) were delicious. I believe the salad and tasty little half-circles in the lower left were made from lotus root. The fritter (upper right) was made with corn. Also featured were smoked salmon, chicken, and a rice-based custard. The only thing I didn’t love was the egg and round patty in the upper right. What a fun, fun lunch!

I’m not sure how the shrimp wrapped in what I believe was a thin thread of deep fried taro root stayed crispy, but somehow it did. Each item was incredibly fresh. My Bento Box experience ended with a smile in the form of a cute little wrapped red bean mochi for dessert. What’s not to love about that? 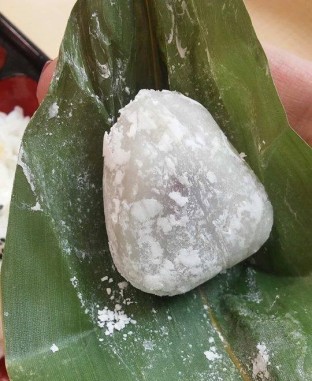 The next day’s lunch featured an entirely different Bento Box, shown below. I could get used to this! Do you think Bento Boxes will ever catch on at US conference events? I won’t hold my breath.

One reply to “Bento Lunches in Tokyo”