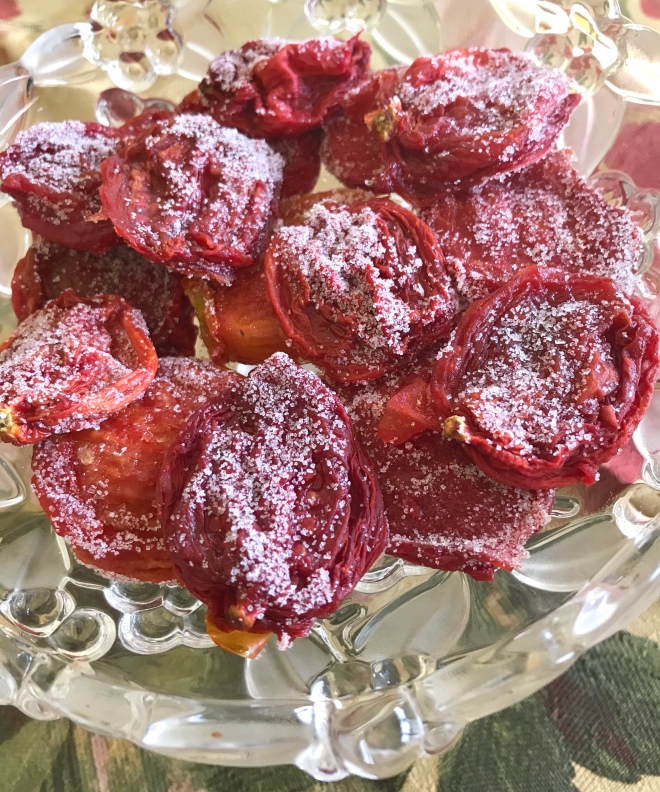 A few years back, my fellow gardening friend Denise gifted me with a copy of Tomato Imperative. It is unfortunate that this book is no longer being printed, as it is chock full of old school recipes for enjoying and preserving tomatoes.

Today we are making Sweet Tomato Figs, adapted from a recipe in Tomato Imperative. We’ve already canned all of the tomato-based sauces and salsas that our family will use over the winter. Now, we’re turning tomatoes into sweet treats! The Tomato Imperative suggests serving Sweet Tomato Figs as part of a decorative cheese plate. I’m sure that will be delicious. The kids here at Crowded Earth Kitchen think they are just fine straight from the jar!

Roma tomatoes (or other small/medium tomatoes)

Step 1) Heat a large pot of water to boiling. Use a slotted spoon to lower three or four tomatoes at a time into the boiling water. After a few seconds, the skins will split. As soon as that happens (or after 1 minute if you don’t see the skins split), remove the tomatoes from the boiling water and set on a cutting board. Continue until all tomatoes have been dipped in boiling water.

Step 2) After tomatoes have cooled for a few minutes, gently pull the split skins off of the tomatoes. This is SUPER easy. If the skins have not split, score them with a sharp knife and again, the skins will remove easily. 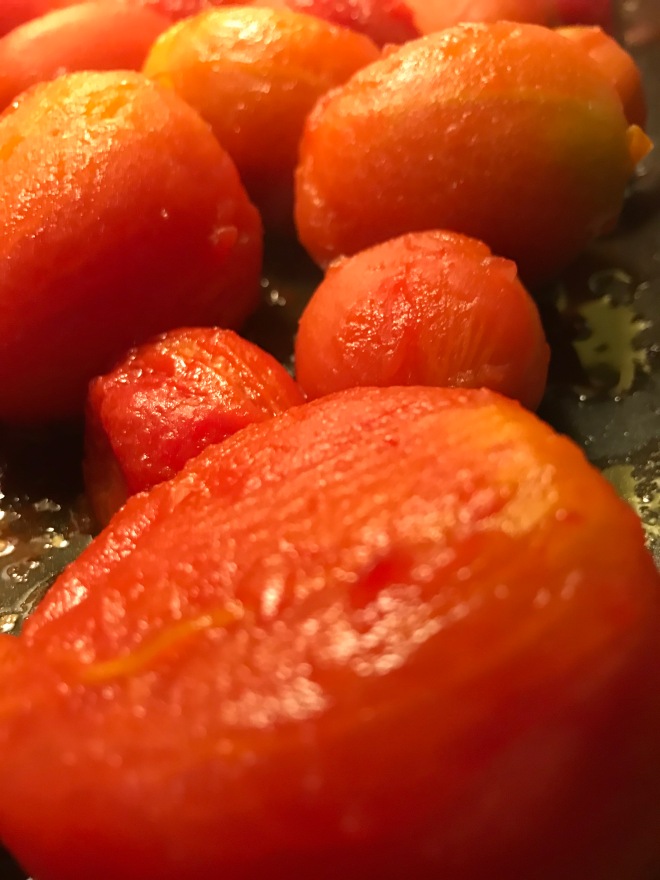 Step 3) Arrange whole, peeled tomatoes on a skillet (for a few tomatoes) or a griddle (for a lot of tomatoes). Sprinkle each tomato generously with sugar, as if you were sprinkling sugar over a dessert (because you are!).

Step 4) Let the sugared tomatoes rest for 15 minutes. You’ll notice that juice begins to appear on the skillet or griddle. This is good.

Step 6) After an hour, remove tomatoes from heat. Gently transfer the stewed tomatoes to food dehydrator trays. Dehydrate at 150 degrees for 24 hours. (Alternatively, you can dry the tomatoes in your oven on the lowest setting, sometimes called “warm.” Your tomatoes may require less than 24 hours in the oven.) 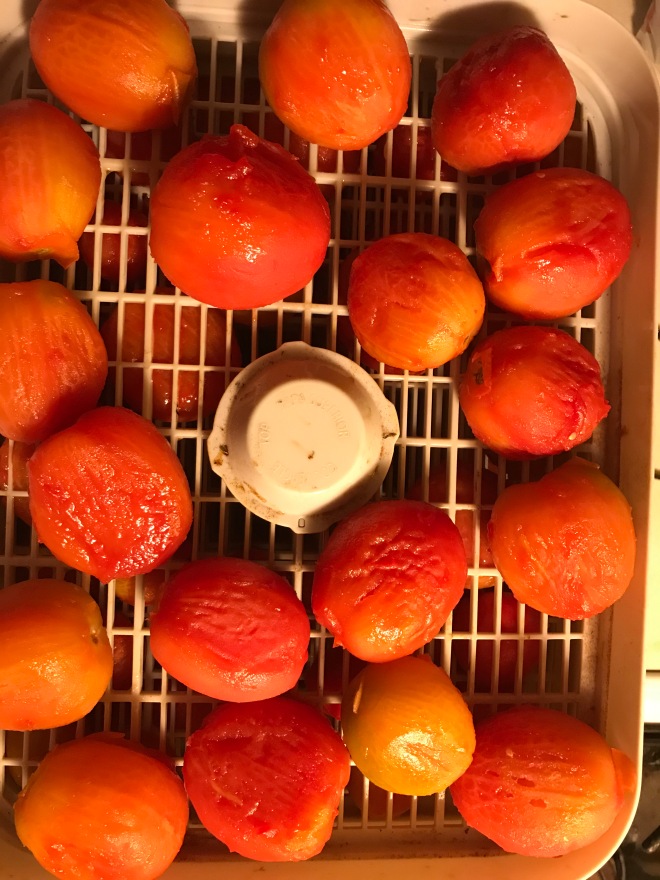 Step 7) After 24 hours in the food dehydrator, tomatoes should be flatter, firmer, and chewy. If they feel wet, they need a few more hours to dry. However, they don’t need to be crisp-dry; chewy is what we’re going for here.

Step 8) Dip each side of your Sweet Tomato Figs in sugar. Then, layer your Sweet Tomato Figs, adding a bit of sugar in between the layers of tomatoes, in pretty jars. Make sure the top layer in each jar is sugar, because sugar acts as a preservative. These jars should last 3 months or so in your pantry cupboard.